Welcome to the month where all your male friends stop showing up clean-shaven and start growing out their Fu Manchu, Hulk Hogan, or Charlie Chaplin.

For 30 days, men grow out their facial hair in support of a movement called Movember to raise awareness for cancer. Movember was originally promoted as an initiative to support men’s health tackling prostate and testicular cancer. Today the month drives awareness to more areas such as mental health and suicide prevention with the increasing suicide rates across the country. Men grow their mustaches out to show their support for the cause and to get the messages across the world.

When did Movember start?

The history of Movember dates back to 2003 in Australia where a non-profit organization called Movember Foundation began to raise funds for this cause which has generated more than $100 million just last year.

Why men are growing out their staches?

Globally, 9.9 million men are living with or beyond prostate cancer and 1 in 7 Canadian men may be diagnosed with the disease in their lifetime, making it the most commonly diagnosed cancer among men. Testicular cancer is the most commonly diagnosed cancer in young Canadian men. Testicular cancer is the most common cancer in young men and although in most cases the outcome for men with the disease is positive. Although there is a 97% chance of survival, one in twenty won’t make it because of a lack of knowledge about treatment and early screening. Suicide is the second leading cause of death among Canadian males aged 15–44 years. Globally men are dying 6 years earlier than women due to preventable or treatable health issues.

What you can do to help:

Raising awareness for these issues that people are living with everyday and contributing to the cause can help save lives. You can get involved with Movember by growing your stache or supporting an event. People can track their progress on how much they’ve raised throughout the 30 days of the month.

Raising funds during Movember with global programs and research is estimated to reduce the number of men dying prematurely to testicular cancer by 25% by 2030. 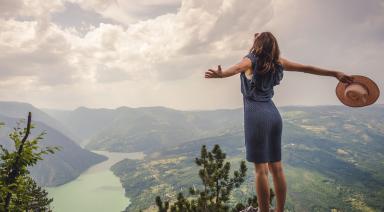