Dogs are like family members in most homes. However, accidents resulting from dogs can occur. While your pitbull might be a sweet dog with no bite accidents, your insurance company may have different perceptions. If you own a pitbull, you are responsible for any damage that may be caused by its bites or property destruction. As such, it is important to let your insurer know that you own a pitbull. This ensures you are covered in case of the occurrence of accidents.

While the initial step is to ensure you get home insurance that covers pitbulls, let’s see why your pitbull may be aggressive and even bite.

According to a review by the CDC on dog attacks, pitbulls were reported as the most common in dog attack cases. In some of these dog attacks, some even resulted in fatal bites with others causing death. Also, medical studies indicate that pitbull attacks are more likely to cause injury or death to people compared to dog bites from other breeds.

Due to these statistics and reports, insurers may be hesitant to provide coverage for pitbulls. While many pitbulls are, in fact, harmless, it just takes one provocation for an attack to occur. That being said, some insurance providers still offer coverage for pitbulls. The pitbull insurance policy caters for medical costs, property repair or replacements and funeral costs.

Will my pitbull increase the cost of the homeowners’ policy?

Given the risks involved with insuring pitbulls, the cost of your homeowners’ insurance will rise if the pitbull is covered. Despite the obvious rise, the cost of your insurance will depend on the pitbull’s history. You could find that you remit lower rates while insuring a pitbull with no history of attacks or bites. However, if your pitbull has a history of attacks, the rates could go higher. The insurance provider may even fail to provide coverage for the pitbull.

How to get homeowners insurance coverage for your pitbull easily

Most insurance companies provide coverage for pitbulls on various conditions. Some of the conditions that may be laid out by your insurer include:

In most instances, insurers send company representatives to evaluate the dog’s behavioural at home. For well-behaved pitbulls, you are likely to get a good insurance rate. However, if the pitbull displays undesirable behavioural habits, then it might not be insured.

What are the alternative insurance plans for your pitbull?

The Umbrella insurance for your pitbull will provide coverage for property damage, lawsuits, personal liability and injuries.

An Umbrella cover for your pitbull will also protect you if:

Canine Liability Insurance protects you against injuries or damages caused by your pitbull. Being a third-party coverage, it only compensates other parties and not any member of the policy holder’s household. Animal Liability Insurance offers compensation for medical bills, the cost of replacing or repairing damaged property or legal actions undertaken by the injured party.

Canine Liability Insurance, however, does not cater for damages caused by the pitbull on the owner’s property. As mentioned earlier, it also does not offer coverage for injuries caused to members of the household as well as commercial animals such as show dogs. Also, if your pitbull is impounded by the law enforcement authorities, the policy will not offer coverage for expenses such as vaccination updates or boarding.

While ensuring your pitbull may seem like an expensive venture, it is necessary. Even the calmest and well-trained pitbulls can snap if pushed too far. And if this happens, you will not appreciate the costs involved with claims that may be issued.

Many property owners rent out their properties such as apartments, vacation cottages and even residential houses. And while many assume that their

Many property owners rent out their properties such as apartments, vacation cottages and even residential houses. And while many assume that their homeowners’ insurance will provide coverage during 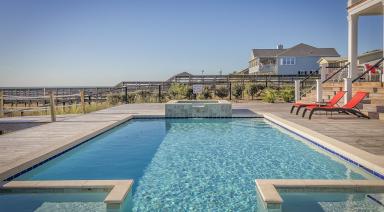 Does Having a Pool Increase Home Insurance?

A backyard pool is a perfect way to relax, exercise and enjoy your free time, especially in the summer. However, it can be a liability, especially where insurance is involved. Categorized as an 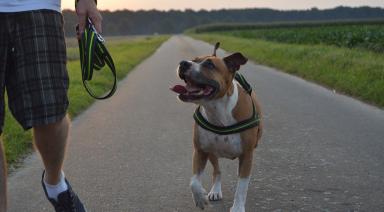 Dogs are like family members in most homes. However, accidents resulting from dogs can occur. While your pitbull might be a sweet dog with no bite accidents, your insurance company may have different