As Featured in Alberta Venture:

Takeaway: This fast-growing insurance company stepped up to compete with the big guys by embracing small-town values and technological innovation.

“High-speed internet and the investment the government has made in bringing fiber to all these small rural communities has allowed us to compete as if we are in the big city,” Miller says. “It’s been nice to be able to help our community grow and provide good jobs to rural Albertans - and we can compete face-to-face with big city companies.”

Surex, an online insurance brokerage they started together in a dingy basement in 2012, has met all those goals and more. Today it has more than 100 employees spread across six provinces and two territories, and offices in both Magrath and Burlington, Ont. It is a success story that didn’t see small-town values as a hindrance. Instead, they were embraced as a strength right alongside technological innovation.

In September, Surex was ranked first in Alberta and 22nd in Canada by Canadian Business Magazine on its Growth 500 list after reporting growth of more than 8,000 per cent over the past five years. Its current book of business is more than $62 million in annual insurance premiums.

“Our goal is that within the next 10 years we will have written $1 billion in premiums,” Miller says. “That puts us at about a two per cent market share, which we feel is totally attainable. There is a growing segment of the market that wants to do business online.”

In a small community like Magrath, Miller and Alston had always known about each other, but had never been close friends growing up. Conversations between the two started at get-togethers held by friends and relatives and they quickly realized they shared an entrepreneurial spirit.

Miller had planned to become a doctor. Instead, he dropped out of university to support his young family. Eventually he became successful at selling real estate, but he didn’t feel it was a proper fit for him. in 2005, he leveraged everything he had to purchase a small insurance brokerage in Magrath for about $1 million. Five or six years later, he took over his father’s small brokerage in the nearby town of Raymond. Both offices still operate. Surex, which has always been separate from those traditional operations, started in the windowless basement of the Magrath building.

At 47, Miller is about a decade older than Alston. Like Miller, he also dropped out of college. When they met he was operating a pest control and lawn services company in Arizona and Texas. Once they started sharing ideas, both believed their idea of an online insurance company with a personal touch could take off. They also knew that competing with big companies - and especially banks that were getting into the insurance business - wouldn’t be easy. Flexibility and innovation were paramount. They looked to the online travel industry for a model of how things could be done.

“Matt and I actually sought out Terry Jones, the founder of Travelocity, and spent a day with him down at his house in Lake Tahoe to try to glean what he learned from disrupting the travel industry – what worked and what didn’t,” Miller says. “I feel there are a lot of similarities with our industry. Yes, it is complicated. Yes, it is difficult. But in today’s information age, consumers are so much more well-informed and they have a good idea of what they want.”

While customers can go online to buy insurance at other companies, much like booking a trip, Surex assigns every customer to a personal agent to walk them through the process or deal with claims. That agent will stay with them for years. Miller says a survey of Surex customers shows that more than 98 per cent of 1,800 respondents not only want - but demand - personal brokers.

Alston sold his business in the U.S. and moved home to Magrath to develop Surex with Miller, who understood the challenges the digital world would bring to traditional brokerages.

After more than a year of research and planning, the pair launched Surex online in 2012.

“That’s worked out for us so far.”

The pair quickly discovered that when a company grows quickly, so do its challenges.

“The complexity is really what’s been difficult, being able to innovate and adapt and not fall in love with any ideas,” Alston says. “I think that’s why we have been successful. We wanted to run Surex completely from scratch,” Alston said.

Surex offers a broad range of products, including home, auto and business insurance. Typically, customers go the Surex website and enter their postal code and some basic information, such as how long they have been driving. The company’s computers then send that information to the 10 different insurance carriers Surex works with and the options are quickly presented to the customer.

“If you want to buy insurance for a single vehicle, you can do it in under 10 minutes,” Alston says. “You can talk to one of our brokers during the day and then sign up online at 11 p.m. if you decide to go with it.”

The company is also developing new tools, including artificial intelligence with the help of computer experts at the University of Lethbridge, to monitor insurance renewals and look for ways to save money.

Perhaps the biggest part of the company’s success comes from the people it hires, many of whom have moved from across the country and the U.S. work there. When Alston interviews prospective employees, he is usually more interested in attitude than experience.

“Having that ability to change and be on top of things is just as important as 15 years of marketing experience,” he says.

Hiring locally has worked out well for both Surex and Magrath. According to Magrath Mayor Russ Barnett, Surex has become the town’s biggest employer. Although Magrath is a bedroom community for Lethbridge, about 20 minutes to the north, he hopes the good jobs will help bring other improvements to the town, such as a movie theatre and fine restaurants. Surex has about 50 employees working in Magrath, many of whom live in nearby communities such as Raymond, Cardston and Lethbridge.

Barnett is also impressed at the way Miller and Alston have helped residents find well-paying local employment that can be hard to come by in any small town.

Broker Jana Jones has known Alston since high school. She started as a receptionist with Surex about six years ago when she was a stay-at-home mom raising a family and caring for a husband with serious health issues. Although she had given piano and voice lessons, she was worried about her family’s financial future.

As it happened, her brother had worked with Surex from the beginning and one day when she was on the phone to him, Alston happened to walk by and overhear the emotional conversation. Alston asked her to come talk to him.

“I met with Matt and I was the seventh person Surex hired,” she says. “He said he thought this would be a good fit for me.”

Jones enrolled in courses to become a licensed broker, and insurance has become a career.

“The thought of getting into insurance before that had never even crossed my mind,” Jones said. “But this is the means for me to work from my house. It’s a wonderful job. They took a chance on me as a stay-at-home mom and I’m glad.”

Human resources director Rhonda Paxman came to Surex after years of working as both as a chef and as a HR executive with large corporations in several U.S. cities. It’s a life she doesn’t want to go back to, despite the opportunity.

Paxman’s most rewarding experience at Surex speaks volumes about the company’s culture. When Fort McMurray was devastated by wild fires in May 2016, she joined the Surex crew in an office there to help victims.

“We have a ton of clients in Fort McMurray, so we were dealing with people who didn’t have places to go. We were finding them hotels,” she says. “I helped this one family move across Canada, basically from hotel to hotel, so they could get back to their family in Nova Scotia. I don’t know too many companies that would do that. As much as I hate to say it, I love those calls because I love to help people.”

That kind of effort is not missed by the owners.

“I am so proud of our staff,” Miller says. “In a natural disaster like that where so many people were hurting, it was a shining moment for our staff.”

Surex leans heavily on the digital world to deliver its services but in the end, Miller says the company’s success comes down to the dedication and perseverance of its employees.

“Technology isn’t a strategy, it is a tool,” he says. “I love this industry. It is great to be able to help people when they need help. And now that we have some size and are doing things differently, we’ve got some influence to shape the industry in Canada. We can really do that by looking at things from the customer’s perspective.” 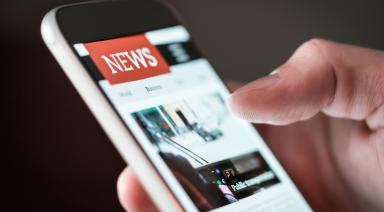 We Were In The News! Insurance Business Canada has recognized our new milestone. As a digital insurance company, we have reached a major milestone, a

Dr. Eric Chalmers, director of data science for Surex , sat down with Canadian Insurance Top Broker to explain how brokerages can leverage artificial intelligence and machine learning to take their

Surex may hail from the tiny Southern Alberta town of Magrath – population 2,435 – but the online insurance broker has big ambitions. Last year, it ranked number 22 on the Growth 500 list of fastest