Surex may hail from the tiny Southern Alberta town of Magrath – population 2,435 – but the online insurance broker has big ambitions.

Last year, it ranked number 22 on the Growth 500 list of fastest-growing companies, coming in fifth among financial services companies. In 2017, it reported revenues of $5 to 10 million, achieving growth of more than 3,000% since its 2012 debut, according to Canadian Business, which puts out the Growth 500 annual ranking.

To date, Surex, which brokers home, auto and small-business insurance online through 10 partner carriers, has grown by working with insurance aggregators like Lowestrates.ca (which ranked 11 on the Growth 500 last year) and Kanetix, which deliver new business leads to their partners, says Jennifer DeFrenza, VP of digital marketing at Surex. But as the company matures and begins to invest more heavily in marketing – DeFrenza became its first marketing hire a little more than a year ago – it has started to think of itself as more of a tech player, she says.

A significant number of major insurance companies are already spending on artificial intelligence. According to a TCS global trend study published in 2017, the industry collectively spent $124 million on AI in 2015, compared to the $70 million cross-industry average. What’s more, as Surex itself noted in an article for Canadian Underwriter, the TCS study predicted spending would fall to $90 million by 2020, suggesting “companies are already transitioning from R&D to deployment.”

Surex runs it own AI research in-house. In 2017, it hired Eric Chalmers, a PhD in artificial intelligence, to serve as director of data science. The company’s investments have led to the creation of an AI-based document processing system that has helped the billing team be 25% more productive. Today, around 40% of its billing tickets are created automatically, an important step in streamlining the auto policy renewal process. And later this year, it anticipates introducing “Pulse,” an AI solution that will help customers better monitor their own insurance premiums. One day, it plans to licence its products to other brokers.

To help stake its claim as a tech player, Surex recently opened a third office in Cambridge, Ont. (along the Toronto-Waterloo tech corridor), in a region that’s been dubbed the “Canadian Silicon Valley,” according to DeFrenza. (It already had an Ontario office located in Burlington.) But while making investments on the back end, Surex has also been revisiting how it presents itself to customers.

The company once known as Surex Direct rebranded this month, dropping “Direct” from its name, and launched a new campaign with support from agency partner Innocean. It initially hired the shop to lead media planning and buying, largely due to its programmatic capabilities, but has since expanded its mandate to include creative, DeFrenza says.

One of the main goals of the current campaign is to help Surex become more self-sufficient, she says. That is, “making sure that our brand was recognizable on its own in creating our own sort of buzz and lead generation in conjunction with working with aggregators.”

When a customer uses Surex online, they are assigned their own insurance advisor, which sticks with them for as long as the business relationship exists. Customers with questions know they can call David or Nima or any of the other insurance advisors (referred to as “assistants”) featured in the creative and on the company’s newly redesigned website.

Around two years ago, DeFrenza says Surex considered introducing a call-centre model. But it changed its mind when, in a customer survey, respondents voted “overwhelmingly” in favour of wanting to stick with a single advisor. While more cost-effective, the call-centre model often means customers are left repeating their questions or complaints, according to DeFrenza. Eventually, she says the company hopes to integrate chat on its website, so that customers can more easily communicate with their advisors. 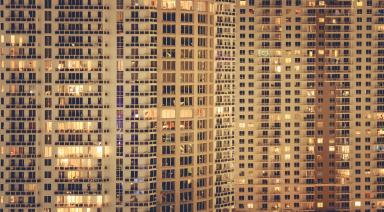 Surex is happy to now provide rented dwellings insurance, a full-proof way to protect landlords and their investments. This coverage is designed with 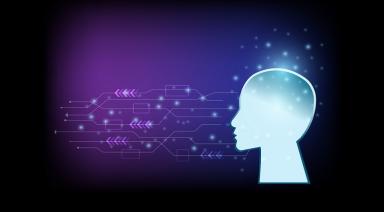 Dr. Eric Chalmers, director of data science for Surex , sat down with Canadian Insurance Top Broker to explain how brokerages can leverage artificial intelligence and machine learning to take their

Surex may hail from the tiny Southern Alberta town of Magrath – population 2,435 – but the online insurance broker has big ambitions. Last year, it ranked number 22 on the Growth 500 list of fastest 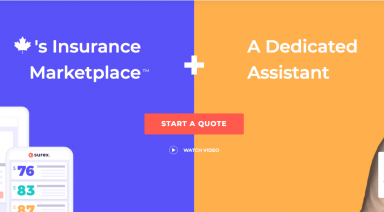